Preparing High School Athletes to Play at the Next Level 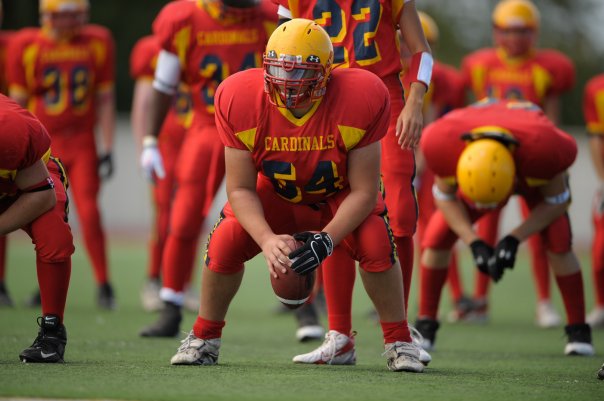 There’s nothing better than working with student-athletes.  As a high school coach I vowed to get as many of my players to the next level as possible since involvement in a college program is one of the best experiences possible.  I wanted to prepare them on as many levels as I could.   When I transitioned into the college ranks I became frustrated when we received players who had no idea what college and college football demanded.  As someone with an education background there were certain concepts I was aware of and tried to incorporate into my practice that would make my students better people, not just better football players.

This article will explain some fundamental tips that will help us prepare our athletes for collegiate success- both on and off the field.

Prepare Players to Practice. There’s nothing worse than catching up with a college coach and hearing that one (or more) of your players can’t handle the tempo and commitment of college sports.  Trying to mirror the format and tempo of college practices and commitments is a crucial step in increasing the odds of success at the next level.   Emphasizing tempo and discipline are the key elements here.

Accountability is Fundamental.  Showing up to practice on time and following through with requirements is a habit that needs to be taught from day one.  This seems like a no brainer but I was always amazed (and annoyed) by players who looked shocked when we would chew them out for being late to practice, morning runs, or training sessions.   Time is limited (and audited) at the college level so every minute with coaches is precious.  Better that time is spent learning something instead of bickering over punctuality.

Focus on Fundamentals.  It is temping to go to the coaching clinic and learn the latest and greatest techniques from college X.  Some of these techniques and plans definitely enhance your high school program.  That being said, make sure players have their fundamentals down pat first and foremost.  Players who show up to college camps/tryouts with poor fundamentals are at a disadvantage.  Colleges take lots of players based on raw talent or potential but at the end of the day men/women with a solid fundamental base progress faster and further than those who do not.

Be current.  This may seem to contradict the last point but what I am talking about here is making sure that the terminology and basic techniques are consistent with what is being taught at the next level.  I once heard of a high school football coach who never used proper play calling techniques (he used characters from the Simpsons, so a play would be “Lisa fly on 2”) and this led to his players having to learn another language when they got to the next level.  There were certain techniques that were almost universally taught at the college level and I always loved the high school coaches who taught those same principles.  Certain techniques and ideas become outdated so we have to make sure our players are up to speed.

Weights are our friends.  Nothing new here.  We know that athletes at the next level are bigger, faster, and stronger.  As a high school football coach I always tried not to focus solely on how much a player could bench or how fast their 40 time was.  These things were important but what I was really trying to do was create a sense of routine and discipline regarding off-season training.  Not every college program has mandatory workouts in the summer or at different parts of the year.  The players who are disciplined enough to stick to a routine are the ones who come to training camp having made the most significant gains and turning the most heads.

A succesful collegiate career requires victory off the field as well.  Here are some things we can do as coaches to make sure our players are mentally prepared for college.   These suggestions are based on the notion that as coaches we are mentors and educators and as such, can have important conversations or implement useful programs for the betterment of our teams and players.

Finding a Fit.  Whether your student-athlete is being courted by Division 1 powerhouses or is trying to walk on at a small college, ensuring players find a place that is the right fit for them is extremely important.   Here are some things to consider when it comes to fit.

Coaching Staff.  Do the coaches have a philosophy/style that will mesh well with your player?  Sometimes during the hustle and bustle of the recruitment process we fail to see if personalities fit.  This can be tough at times since both sides are presenting their best selves.  It is also easy for a player to get caught up in the chance to play at State U that they do not always think about the fit between player and institution.  Simple tasks such as urging your players to watch team practices when possible will help answer these questions.  As we become more seasoned in our coaching careers, we also form relationships with college coaches and get a sense of what their styles are.  Some of our players need aggressive in your face mentorship and others need a more passive, calm presence.

Living Arrangements.  Here is another factor that often gets overlooked.  Some teams automatically house their athletes in a particular residence hall.  Other programs (usually smaller schools) integrate their players into the residential facilities with other students and some programs even allow players to live off campus.  Each arrangement has its strengths and weaknesses and as coaches we should help our players understand those pluses and minuses.  Living in the “soccer dorm” is much different than having a roommate who plays another sport or who is not an athlete altogether.  In some cases, our students will have a choice on whether they want to live with an athlete or not and will need guidance with that decision as well.

Non-athlete options.  Playing in college is not for everyone.  There are only so many spots, the competition is fierce at all levels, and sometimes injuries happen.   Some programs embrace this and offer opportunities for players to still be a part of the program as equipment managers, film editors, operations crew, and even coaches.

Money.  College students today graduate with heavy debt and unless your student-athlete is on a full scholarship or has family backing, money becomes an important issue very quickly.  Managing finances in college is tough for the best of students but being involved in athletics can often mean students have less hours that they are available to work jobs to pay for college which in turn can increase reliance on loans or credit cards.  I am not asking that you become their brokers but incorporating some basic financial programming at some point into your program can only benefit your athletes.  Besides, athletes are more likely to listen to their coach (or someone their coach endorses) than a guest speaker at college orientation.

Some other areas we can help our student athletes succeed in college are:

Career Development.  No, an 18 year old probably won’t know what they want to do with their life BUT they should start thinking about it.  Studies show that college athletes have a whole slew of leadership and problem-solving skills to offer the working world.  Those same studies also show that athletes tend to have less certainty about career choices outside of athletics.  Having a bachelors degree is not enough for young graduates as internships and coop placements are becoming crucial to landing that first job after college.  Athletes are often at a disadvantage due to their time commitments so it is imperative that we at least get them thinking about some of these options.  To paraphrase that NCAA commercial, they will all go pro at something other than sports in their lives!

Community Outside of Sports.  Sports are great but holistic development means that players need to belong to something that is not team related.  There are three reasons for this.  First, in the unfortunate scenario that a player is cut, quits, is injured, or decides to leave the team having a community to fall back on outside of athletics could mean the difference between persisting through college and dropping out.   Second, being a part of multiple communities contributes to the holistic development of the individual and gives student-athletes a break from their athletic part of their identity.  Third, college in general is a time where young adults are forming and exploring their identity.  Outside communities whether they be cultural, interest based, etc help facilitate growth and self-discovery.

Academic Strategies.  Regardless of motives if players don’t make grades then they don’t play.  Each student has different academic abilities, interests, and challenges.  As our students prepare to go to college we may want to point them in the right direction academically.  For some this may mean advocating for accommodations or in some cases getting tested for learning disabilities.   It may mean knowing which learning environments are suited best for the student-athlete.  This point definitely interrelates with helping our athletes find the right fit.  Different programs have different academic resources, course availabilities, and academic cultures related to student-athletes.  Academic excellence should be something that is reinforced in the high school program but as the closer we get to college then the more specific the interventions and advice needs to be.

As coaches we are preparing our players for life.  This means preparing them to play and succeed at the highest level possible.   Athletic success in college means more than winning championships and individual awards.  It means a deeper understanding of who our athletes are as people and future leaders.  As high school coaches we can help put them on that path and must work hard to ensure that our student-athletes are well prepared in all realms so that they can maximize their success on when they arrive at college.

Dr. Paul Artale is a motivational, speaker, author, and coach who helps people and organizations break through challenges and achieve to performance.  Despite being born with what some would call a disability, Paul achieved his dream of playing defensive line at the University of Toronto.